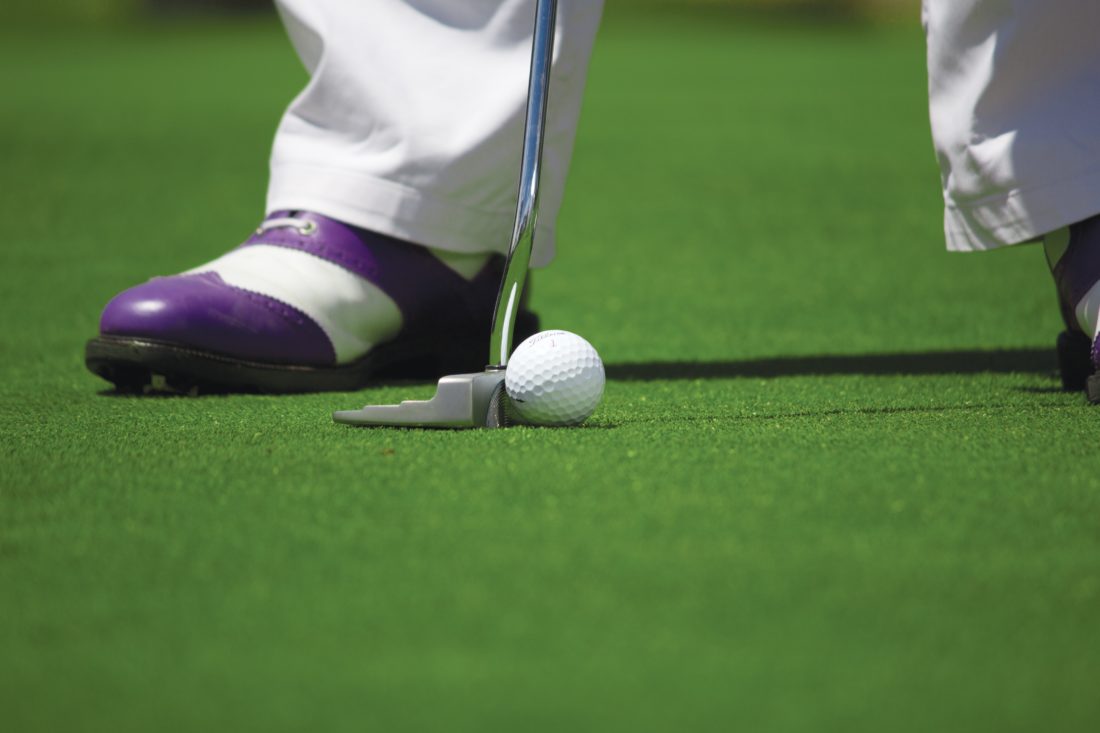 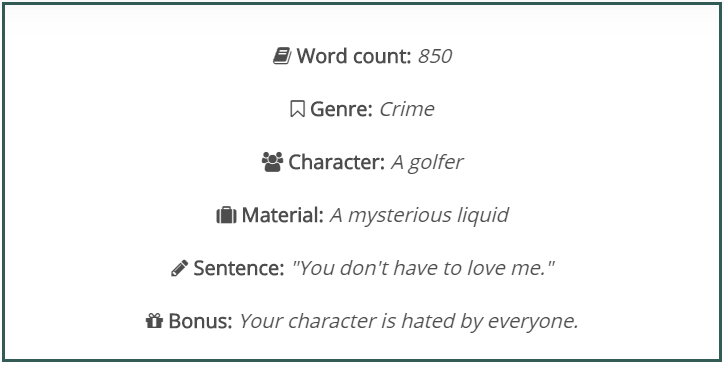 Hillix Hewitt braked hard along the third fairway – so hard that his passengers, including the lovely Miss Laura St. Clair, nearly fell out of the cart, and his entourage, which filled the two carts behind them, just missed crashing into one another.

“It’s a crime,” he exclaimed, leaping out of the golf cart and shading his eyes with one pale hand.

Laura extricated herself from the crookedly parked cart, straightened her broad straw hat, then settled back into a perpetual state of bemusement. “What is it, darling?”

“That’s in October, Laura. This is June. Something isn’t right.”

And with that, Hillix Hewitt, billionaire playboy and heir to the Golddex fortune, stomped off to inspect the pond for himself.

Laura watched him walk away and found it impossible to resist rolling her eyes at the man’s strange little power walk. It was so odd how his butt cheeks stuck out when he got serious.

With the coast clear, Gerald came close. The beefy chauffeur, who’d been riding in the second cart, smelled of turkish cigarettes and caramels. He stood there breathing on her neck for a few moments, then, as Hillix crested a small rise and started down the other side, he squeezed her ass hard.

Laura mouthed a silent “oh!” at the surprise – or maybe the thrill – of his audacity. She dared not attract her playboy’s attention while the hulky, oafish object of this week’s unbridled desires took liberties. She turned to Gerald with a delicate, unlit cigarette hanging from her lips. The flame leapt from his lighter, and just as the paper turned red and started to burn, she gave him a look that said “don’t fucking touch me in front of Hillix, you moron.”

At least that’s the message she intended to send, and from the look on Gerald’s face and the way he sheepishly withdrew from her presence, she sensed it got through loud and clear.

“Laura!” Hillix cried. “Come have a look at this!”

Laura sighed noisily, then tip-toed across the rough, trying not to sink her heels into the turf. She stopped at the edge of the green. “What is it, darling?” she whined.

“You’ve got to come closer.”

Laura looked at the perfectly manicured lawn and then looked down at her Jimmy Choo pumps.

“Hillix, I’m not wearing the right shoes for this!”

“Laura, really? Just take them off and get over here!”

It went without saying that Hillix Hewitt wasn’t going to take no for an answer. He was used to getting his own way, without exception, and everyone hated him for it, including Laura. But who was she to argue with the b in billionaire?

She reached down and removed one shockingly expensive shoe at a time, carefully placing her bare feet on the soft green. Her toes were painted a pale pink and, as she moved toward the pond, she found herself thinking that, if her pedicure didn’t bag the billionaire, nothing would. No detail could be left to chance with an eligible bachelor like Hillix Hewitt.

Hillix squatted among the reeds at the side of the pond, and Laura placed her hand on his shoulder as she approached. He didn’t take his eyes off the pond.

It was pink all right: pink, and gurgling and putrid. Laura used her free hand to pinch her nose. “Oh god, Hillix, the smell. What is it?”

Before Hillix could reply, a shape slithered across the surface of the viscous pond.

Just as she got out of range, the thing in the pond raised a tail or flipper or something and splashed the thick pink liquid right onto Hillix. Everything stopped, as if time froze for a few seconds, then the 19th richest man in the world fell backwards, arms and legs all akimbo, on the shore of what was formerly the pond on hole 3.

Laura ran screaming toward the golf carts, and Gerald met her at the edge of the green.

Gerald shoved her to the side and ran to the pond.

Hillix was moaning when Gerald reached him. The big man reached down and dragged Hillix from the edge of the pond, keeping one eye on its gurgling, fetid surface.

At last at a safe distance, Hillix started to come around.  Laura carefully picked her way across the green and back to his side. Gerald handed her a handkerchief and she wiped the smelly pink goop from his face and head.

The whole time, Hillix looked at her vacantly. “What happened?” he asked. “Where am I?”

Laura and Gerald exchanged a look. “We’re at the golf course,” Laura said. “Don’t you remember? We were going to go to La Vieillesse for lunch but you changed your mind and said you wanted to golf instead, even though I wasn’t wearing the right clothes? And we found the pink pond and, darling, I think a little got on you.”

With this, Hillix became agitated. He rose to his knees and grabbed Laura by the arms, smearing the pink goo all over her best Vera Wang blouse. He had a look in his eye that was not at all like the Hillix she knew and it scared her.

“Darling,” he sputtered, then stopped. He turned to look at the gurgling pink pond. He seemed to be listening for something. Then he growled, “I’m getting to it! I’m asking her!”

Then Hillix Hewitt turned back to the lovely Laura St. Clair. “Marry me. Marry me right now, today. You don’t have to love me, but say you’ll marry me. You have to.”

As usual, Hillix Hewitt got his way. 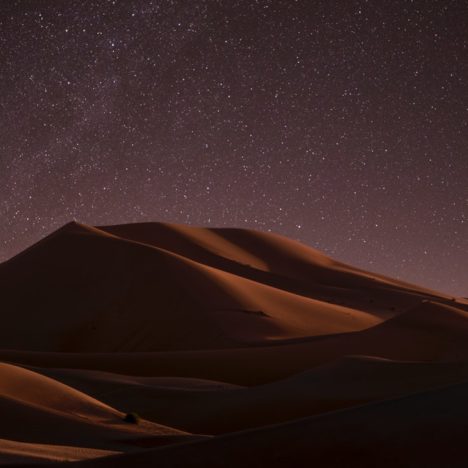 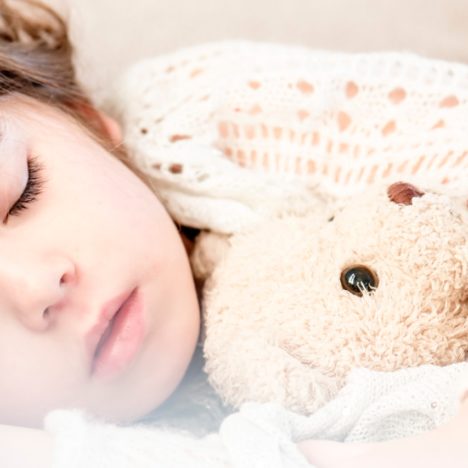