I guess I’m going through my rebellious hair phase a little late.

You see, on Friday, I got myself some purple hair.

Getting purple hair is a commitment.

1. Find a hairdresser who won’t talk you out of getting purple hair.

2. Get the purple parts lightened until they’re nearly blond.

4. Then, and only then, you can get your hair cut in a style that makes sense for purple hair (see number 1).

When I announced my purple hair on Twitter and Facebook, my friends seemed perplexed.  I normally get immediate, numerous, encouraging responses to my hair posts since it’s pretty much universally accepted that some hair is better than no hair.

Tellingly, here is the first comment, which broke the ice: “Is your hair really purple, or is it just the lighting?”

I’m not trying to call my friends out on this.  I didn’t take it personally.  I just interpret the silence as a universal “Huh?”  Which tells me two things:

1. People don’t know who you are inside unless you show them.

Every Woman Should Shave Her Head Once

The bandanna was knotted before she even put the clippers away.  I paid her, then drove to a park near my home.

I hiked a short distance to a stream and sat on a rock.

Pulling off the bandanna, I tentatively explored my head with a trembling hand. I had no idea what to feel.

I decided to feel free.

When I got home and looked in the mirror, I looked myself in the eye for the first time. There was no hair to scrunch or adjust.  It was just me. And I was beautiful.

That’s why I believe every woman should shave her head at least once.

I’ve actually gotten some very nice comments about my hair.  They just took a little longer than I expected.

One friend said, “Ann, only you could pull that off!”  I think she’s both right and wrong about that.

One thing leads to another.  The day after I released my inner geek, I was wandering around Toys R Us with my family.  I bought a Darth Vader toy and clipped it on to my purse. It makes the breathing noise when you squeeze it.

I can’t wait to find out what happens next. 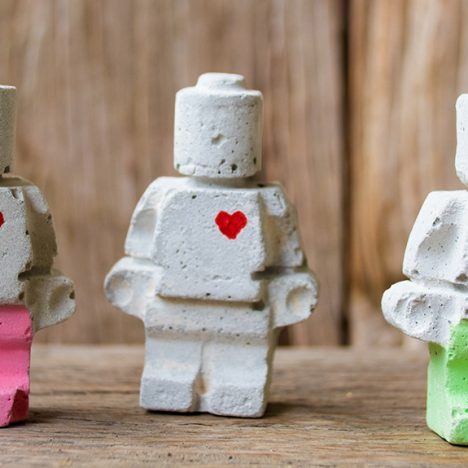 On Being an Ally