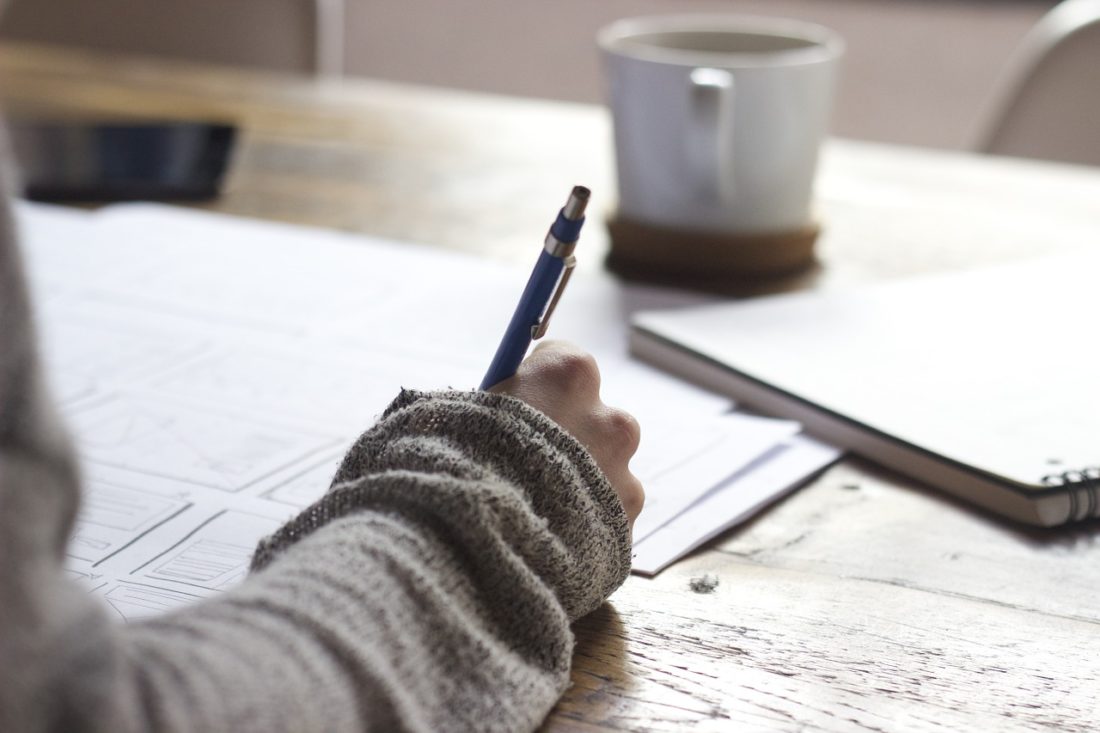 Not too long ago, I was listening to the excellent podcast Start with This by Joseph Fink and Jeffrey Cranor. Those are the guys who make Welcome to Night Vale, a hilarious fiction podcast that gets a lot of play at my picnic table while I eat crabs. But I digress.

On listening to the first episode of Start with This, an idea seeped into my brain:

I need to stop hoarding my ideas.

I think a lot of writers are guilty of this. Inspiration strikes. You have it – the perfect idea! Then you spend the rest of your life not making the thing that expresses that idea because there’s no way it could ever be as good on paper as it is in your head.

Get enough of those ideas piled up in your brain and you become a regular Smeagol. My precious…

This was certainly happening to me. A few of my “perfect” ideas were stuck in poorly executed drafts that needed to be “fixed.” The rest were stuck in a kind of suspended animation where they could never be born, like the immortal fetus in season 2 of Helix. (Super creepy, guys.)

When I realized this, I did what I do, to wit, I made a plan. And the plan was called Prompt-A-Day. It’s just what it sounds like. I write to a prompt every day. The prompts are currently generated by The Story Shack’s Writing Prompt Generator, but there are others out there that I hope to explore. (Suggestions?)

I’ve actually done prompt-a-day before, but my goals are a little different this time around:

Last time I tried the prompt thing, I kept going until I made them perfect. Every prompt response fully satisfied the prompt. There wasn’t a typo or awkward word to be found. Sometimes a longer prompt would take three or four hours. That’s too big a bite of my day.

Now I set a timer for one hour. Sometimes I finish in 40 minutes. Sometimes Alexa’s annoying alarm song cuts me off. In either case, I publish, then and there. No excuses.

This forces me to come up with ideas faster. It also prevents me from switching ideas in mid-stream, which is a clear indication that I’m judging what I’m writing while I’m writing. Last but not least, it makes me publish things that are imperfect. All of that is good for me.

I definitely feel like I’ve gotten faster. At the beginning of this adventure, I was really nervous about being able to spit out 950 words in an hour. I’d done it once or twice in the context of longer works, where I had a lot of pre-planning support, but I’d never come up with an original idea AND written 950 words in an hour. At the end of a month of practice, I have total confidence I can get this done.

Another important result is that it seems easier to sit down and start writing. Conditions don’t have to be perfect. I just have to get it done. That’s a feeling I’ve been hoping to feel for a very long time.

As for the ideas? They’re coming fast and furious. I’m trying new things in my writing – genres and topics that I would never have tried without the prompt forcing me to. Some of them are meh. Some of them are worth further exploration. Some of them are probably diamonds in the rough, but I won’t know that until I’ve tried to express them several more times.

Now that I’ve completed one month, my main goal is to keep the streak going.

Also, I’ve enlisted my boyfriend to pick one of the prompts from the first thirty days for me to turn into a real short story. So I’ll be adding some submission activity to my schedule, which is the next step beyond just posting on my blog.

If you want to follow along, you can visit the Prompt-A-Day Archive. I’d love it if you’d write your own responses to the prompts and link me to them. Or just let me know what you think in the comments.