Standing Up for Music 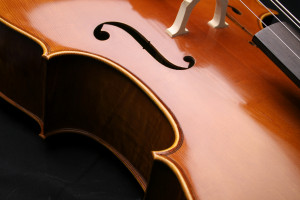 Aside: can we all just agree this pic is sexy as hell?

The summer before my senior year of high school, I had my heart set on going to McDaniel College, a small, liberal arts school an hour from home. It was where I belonged, and I knew it.

I sat down with the head of the music department and asked about her string program.

“We don’t have a string program,” she said.

My heart sank. I had no plans to be a professional ‘cellist, but I wasn’t prepared to give it up either. The woman sitting across from me knew all of this.

She smiled and said, “But if you want to, we can start one.”

When I moved into my dorm a year later, the school had hired a ‘cello teacher just for me. By the second semester of my freshman year, we had a string quartet. My sophomore year, we held our first chamber music recital, and by junior year, we had a full-fledged community orchestra.

All the credit for this goes to the faculty and staff of McDaniel College. But a funny thing happens when you stand up and announce that music is important to you.

Other people do it too.

You can be one of those people. You can stand up for music at home, at your child’s school, and in your community.

If Loving You is Wrong…

Last weekend, I drove (by myself) to a little music spot in Vienna called Jammin’ Java.

I was a few minutes late, but the moment I walked in, I knew I was in the right place. I knew because my heart was full of music.

Do you remember that a cappella show, The Sing Off? It was on NBC for five seasons. In the second season, the runners-up were a southern rock group called Street Corner Symphony. And they knocked my socks off.

Curious? Try this on for size:

Fast forward five years: I’m crawling over bodies in a crowded bar with a glass of merlot in my hand and an enormous grin on my face.

I can’t explain to you why I love Street Corner Symphony any more than I can explain why I snore my way through 80% of a Pat Metheny concert only to perk up when the acoustic guitars come out, or why all piano players bore me with the notable exceptions of Ben Folds and my dad. But I know I love it. So I go out of my way to show up, for me and for them.

Most musicians (and writers and dancers and painters) spend their entire lives working their asses off, hoping for lightning to strike. And for most, it never does. So why do they do it?

Nobody worth listening to actually does it for the lightning. They do it out of love.

Music is communication. It requires a sender and a receiver. That means the listener is an essential part of the system. Without you, music is just noise.

Your favorite group needs you. Support them by showing up for gigs, buying their music, and sharing their posts. It’s a virtuous circle of love.

Back in college, the quartet used to travel around to local high schools and play for music classes. It wasn’t a big deal, and I’m sure we weren’t even very good. But that wasn’t the point.

After we finished playing whatever music we had prepared, I would stand up and say something like this:

I know it seems like you’re going to graduate soon and music will no longer have a place in your life. I’m here to tell you it doesn’t have to be that way.

None of us has any hope of being a professional musician. We’re not even shooting for that. Our quartet is made up of an English major, a Psychology major, and two Biology majors. But no matter what you do in life, you can always have music. All you have to do is remember that.

Whenever I talk about developing a life-long habit of playing and appreciating music, I think of my dad, who has been a professional musician for the last 64 years. He started at age 16, when he scored his first church gig, and went on to earn a degree in organ from Peabody Conservatory.

My dad did a lot of different things in life to support his family, but he never stopped playing music.

In high school, he formed his first dance band, The Harmonairs, which went on to become the Bill Bevans Quartet. He always had a band – well into the 1970s. In fact, I still remember the big green van they used to cart their gear around. Some things never change.

In the 1980s, dad took on Broadway revue. On any given Thursday, my mother would hustle us to bed as singers filed into our house for rehearsal. I often fell asleep to the strains of South Pacific or Guys and Dolls.

And through it all, he played in church almost every Sunday. Even now, at age 80, he fills in when asked. I can’t think of a better example of a person who stood up for music. He’s my hero.

How to Stand Up for Music

Here’s what you can do to stand up for music in your community: 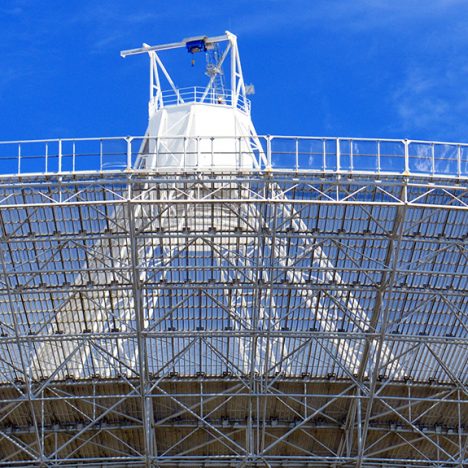 On Seeking and Receiving