For as long as I can remember, I’ve been obsessed with the idea of reincarnation. Chalk it up to a childhood fascination with Leonard Nimoy’s “In Search Of…,” an eerie investigative series from the 70s that explored all things weird and wonderful.

For a time, I came to believe I was the reincarnated life force of Betsy Ross. This assertion was based entirely on discovering a family name on the sheet music for “The Star Spangled Banner.”

In short, that’s the problem with reincarnation. In the pop culture version, we are all the cosmic residue of Albert Einstein or Amelia Earhart or Napoleon Bonaparte. No one wants to be the spiritual leftovers of some schmuck who tossed mackerel at the fish market all his life.

The Other Ann Coleman

When they announced the tiny pink thing’s name, they learned from their elders that Ann Coleman was not such a new idea. In fact, Ann Coleman was my great-grandmother’s maiden name, which is where all those middle names came from in the first place.

The original Ann Coleman died long before I was born (as did my grandfather), but that didn’t matter. I knew we were the same. She was me, and I was her, even though all I knew about her was that we shared a name and that she wore a rather large, gold wedding band, which rattled around on the slender middle finger of my mother’s right hand.

The other Ann Coleman

My grandfather, Joseph Coleman Ott, died of a massive heart attack in 1968, seven years before I was born. Because of this, my mother’s heart bore a wide scar. She kept her father and grandparents deep inside. She believed her memories were just for her.

After my mother died, I discovered a stack of old photos in an unused jewelry box. At last, I met my namesake, and I immediately fell in love. She perched on a high stool, rosy and dignified, waist drawn tight in her corset. I stared at the photo for a long time, turning her ring on my own finger, imagining myself looking out through her eyes. 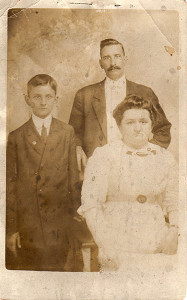 I went on to the next photo. In it, a family of three stood very still during what appeared to have been an uncomfortably long exposure. I flipped it over, immediately recognizing my mother’s elegant handwriting: “Daddy, Grandmother + Grandad Ott.”

I studied my ancestors’ faces in the photo, searching for their story. Who were these people? How did they feel? What did they know? And why was I so sure I knew them, somewhere deep inside?

I was struck by how much this family resembled my own – a handsome husband, a serious, practical-looking wife, and one son. They could have been us. I looked closely at my grandfather, and suddenly I saw it. He was wearing my sister’s face.

What It All Means

Well, I don’t really know yet. But it’s sparking a story in me.

What do you think? How would you feel if you were flipping through old photographs and discovered your own face plastered on someone else’s body? Or the face of someone you loved?

What does it mean to you to have ancestors who may have resembled you, not only physically, but in spirit?

Scientists have recently discovered evidence of transgenerational epigenetic inheritance, which is a fancy way of saying that your ancestors’ memories may be encoded in your DNA. What do you think?

Tell me in the comments. 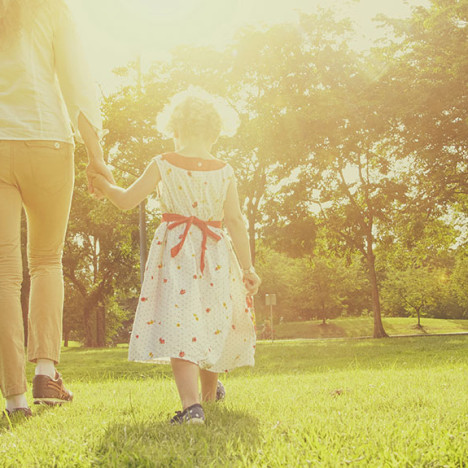 A Gift from My Mother 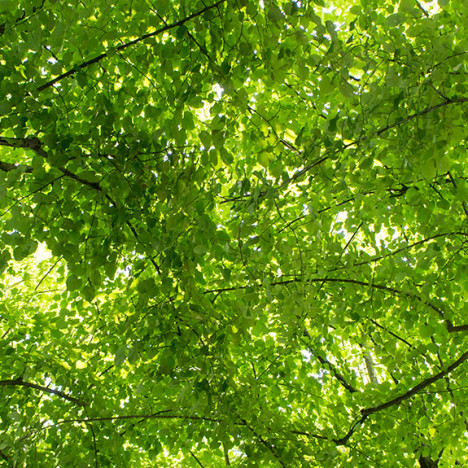 The Not So Silly Worm